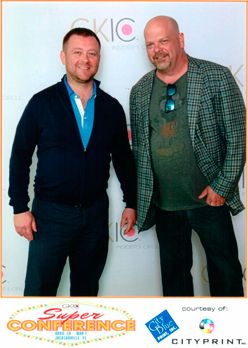 Among other of GKIC’s Most Brilliant Marketing & Business Growth Minds, Rick was sharing his Las Vegas street smarts about ways to create a jackpot in one’s business.
Back in 1981 when Rick opened the Gold & Silver Pawn shop with his father, after having sold bags at the swap meets for such a long time, he could hardly believe anyone would be interested in “a show about four fat pawn brokers”. But now, six years after it began, it’s one of the most popular reality shows on cable TV, appearing in 150 countries and 38 languages. The Gold & Silver Pawn Shop has gone from 13 employees to more than 50, and from 70 customers a day to 4 – 5000 a day.

To many Rick is a genius, TV star, and a tough negotiator. But truly Rick is just a regular guy who always knows how to make the most of any situation. “A lot depends on what your knowledge base is. If you’re a really big sports guy, you’ll probably blow through the sports levels. If you’re a big history nerd, like me, you’ll blow right through the history levels”, – he says. 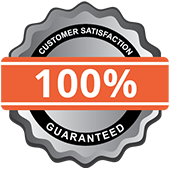 Our industry-unique unconditional money-back guarantee gives you complete peace of mind if you are not totally satisfied with our service.

See How Our Employment Solutions Resonate With The Needs of Corporate Clients. Employers, Choose Your Role Below:

You have already used your free calculations. To choose your plan please go to https//www.expressglobalemployment.com/pricing/